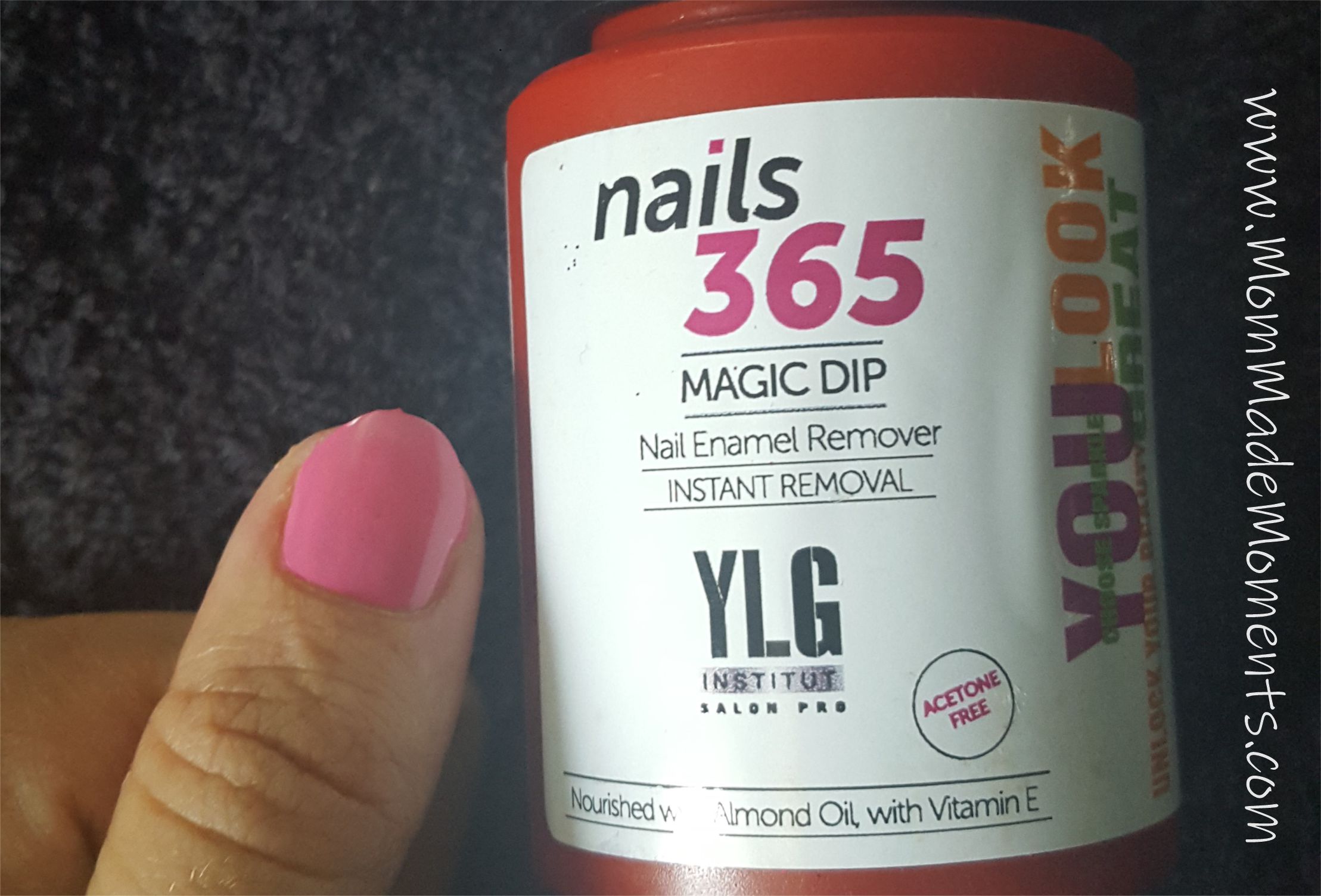 It almost seems a bit silly to be writing this post, but it IS a really good trick and who cares that the post isn’t a long one? Exactly.

My kids aren’t allowed to wear nailpolish to school so this little bottle of magic has saved me several times when we were just about to run out of the door on Monday morning and we realized that the nailpolish from Saturday’s party hadn’t magically removed itself.

It doesn’t spill so the kids can even remove it themselves in the car on the way.

Simply dip the finger, turn a few times and the nailpolish is gone. Even though the bottle is small we have had ours for nearly a year already. And it’s still removing the nailpolish every single time, just like magic!

We use it about once or twice a week, so if you use nailpolish daily it might not last for a year. But still forRs. 299 it’s so worth it!

I have seen that you can make your own with a kitchen sponge an nail polish remover in a closed jar, but I have yet to try if that really works.

How to remove RUST stains from your clothes

Fill 35 water balloons in a minute!

My top 4 tips; How to remove stains on clothes